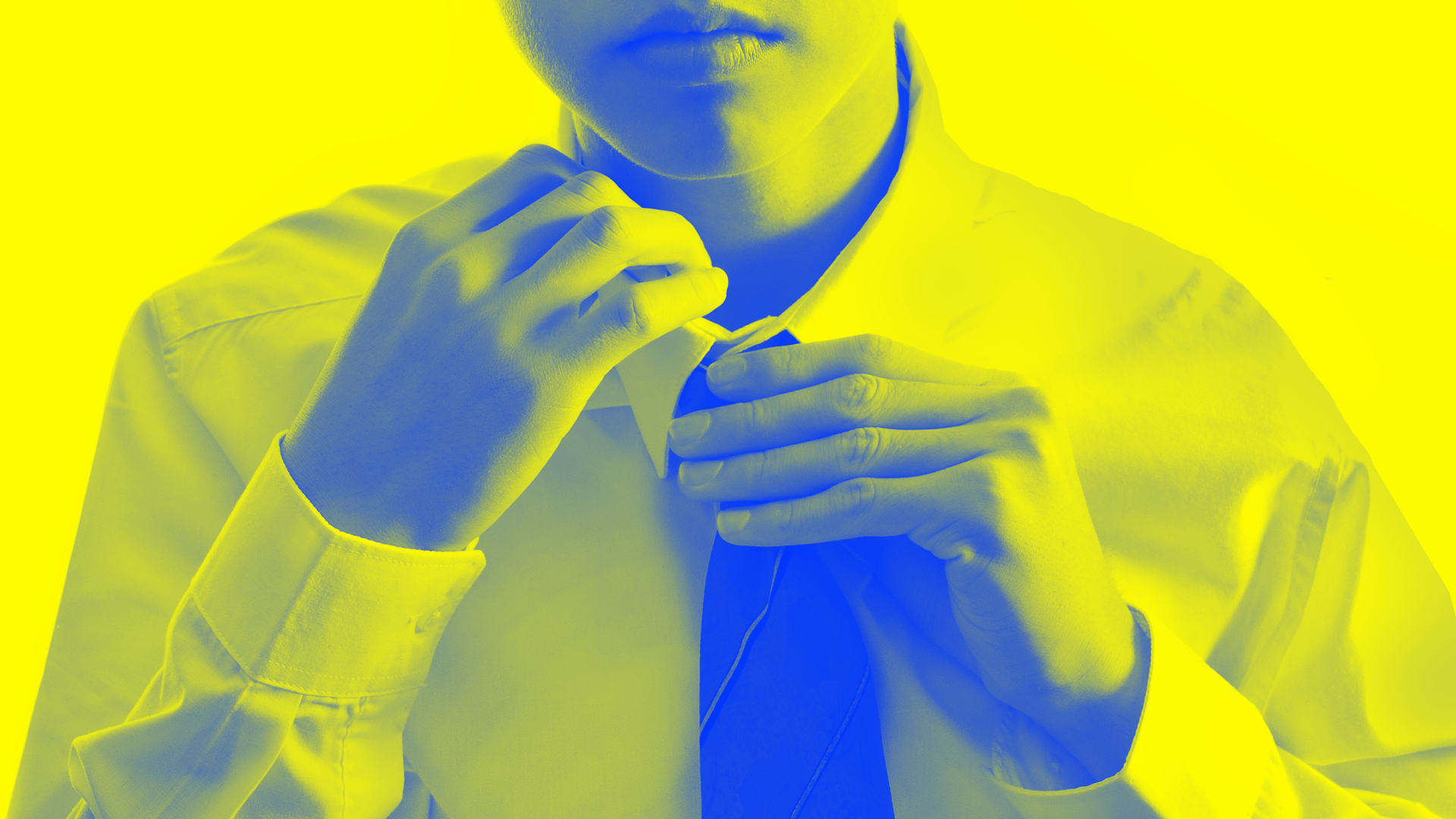 The rise of the #GentleMinions: How the movie meme performed on TikTok

– As of July 6, 2022, nearly 500 TikTok videos included the #GentleMinions hashtag, racking up over 27 million plays

– The audience engaging with Minions: The Rise of Gru on social is overwhelmingly young: 73% under the age of 24

In today’s crowded entertainment landscape, franchises play an important part in attracting audience attention and anticipation. Although Marvel and Star Wars are two that come to mind most readily, the kids & family genre has its fair share as well, including the Despicable Me franchise which just debuted its latest installment, Minions: The Rise of Gru. Opening weekend box office numbers suggest another hit for Illumination and Universal Pictures: $125 million over the four-day holiday in the U.S., “the biggest domestic debut for an animated family film during the pandemic.”

The movie’s premiere gave birth to a new TikTok meme: #GentleMinions, a self-selected contingent of moviegoers dressing up in suits to emulate Gru. The organically-generated trend steadily gained steam (Universal Pictures even acknowledged the meme on Twitter), and by July 6, roughly 500 TikTok videos had included the #GentleMinions hashtag, racking up over 27 million plays. Our analysis reveals that 37% of the videos were tagged as US and 31% tagged as UK, with Australia, Canada and France each clocking in between 4-5% of the videos, respectively. 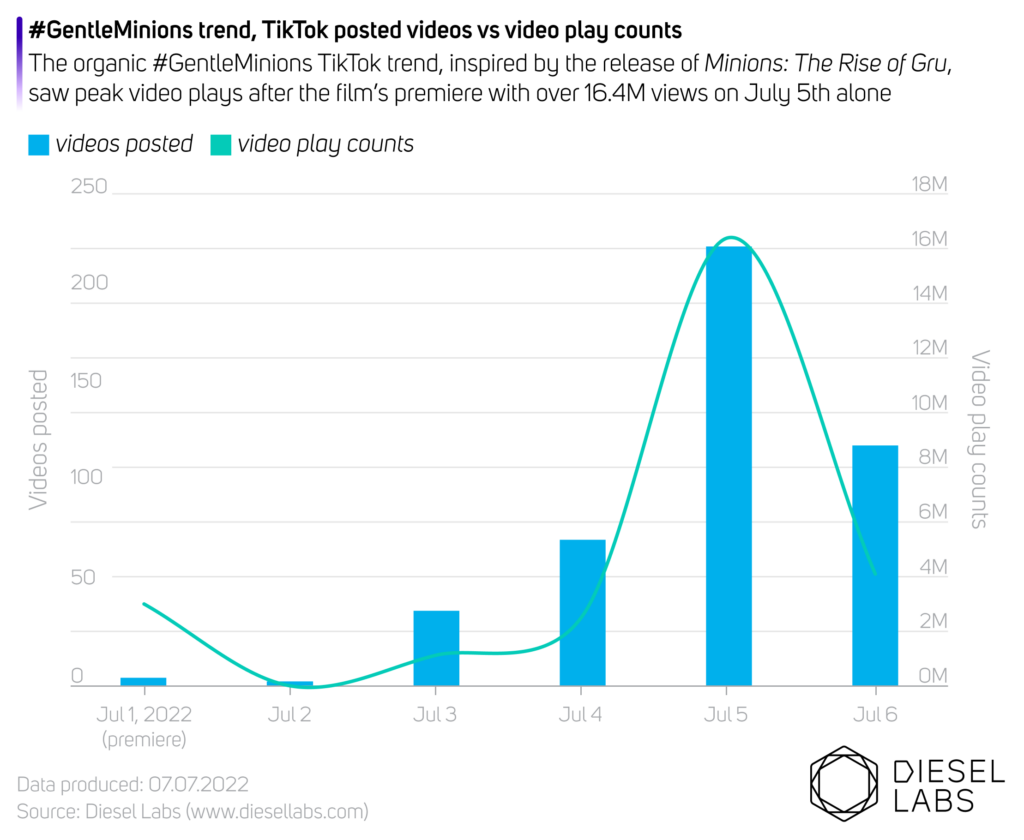 An examination of a wider set of hashtags related to The Rise of Gru reveals nearly 1.25 billion plays as of July 6, with the broadest #Minions hashtag generating nearly 750k videos with 8.6 billion plays over all time.

Audience analytics for ‘The Rise of Gru’

Audience engagement with the movie as a whole grew steadily in the two weeks leading up to its release, peaking around premiere date.

Our Content Intelligence for The Rise of Gru shows that the audience is overwhelmingly young (73% under the age of 24) and also skews slightly male (56%). This cohort engages with video games at a rate of 25% over the average. When it comes to network and platform preferences, this audience overindexes in engagement with Cartoon Network by 122%, Disney Channel by 54%, Nickelodeon by 50%, Adult Swim by 25% and Disney+ by 11%, indicating a preference for animated content. Top brands for this audience include Lego (37x affinity), Nintendo Switch (34.8x), Transformers (34.5x), American Girl (32.3x) and Apple Arcade (24.6x).

There’s no denying that the Minions franchise is a theatrical powerhouse: Not only is it the highest-grossing animated franchise, it’s the 15th highest-grossing film franchise of all time. Future installment Despicable Me 4 is already in the works, and we’ll have to see if the #GentleMinions turn out for that feature as well!