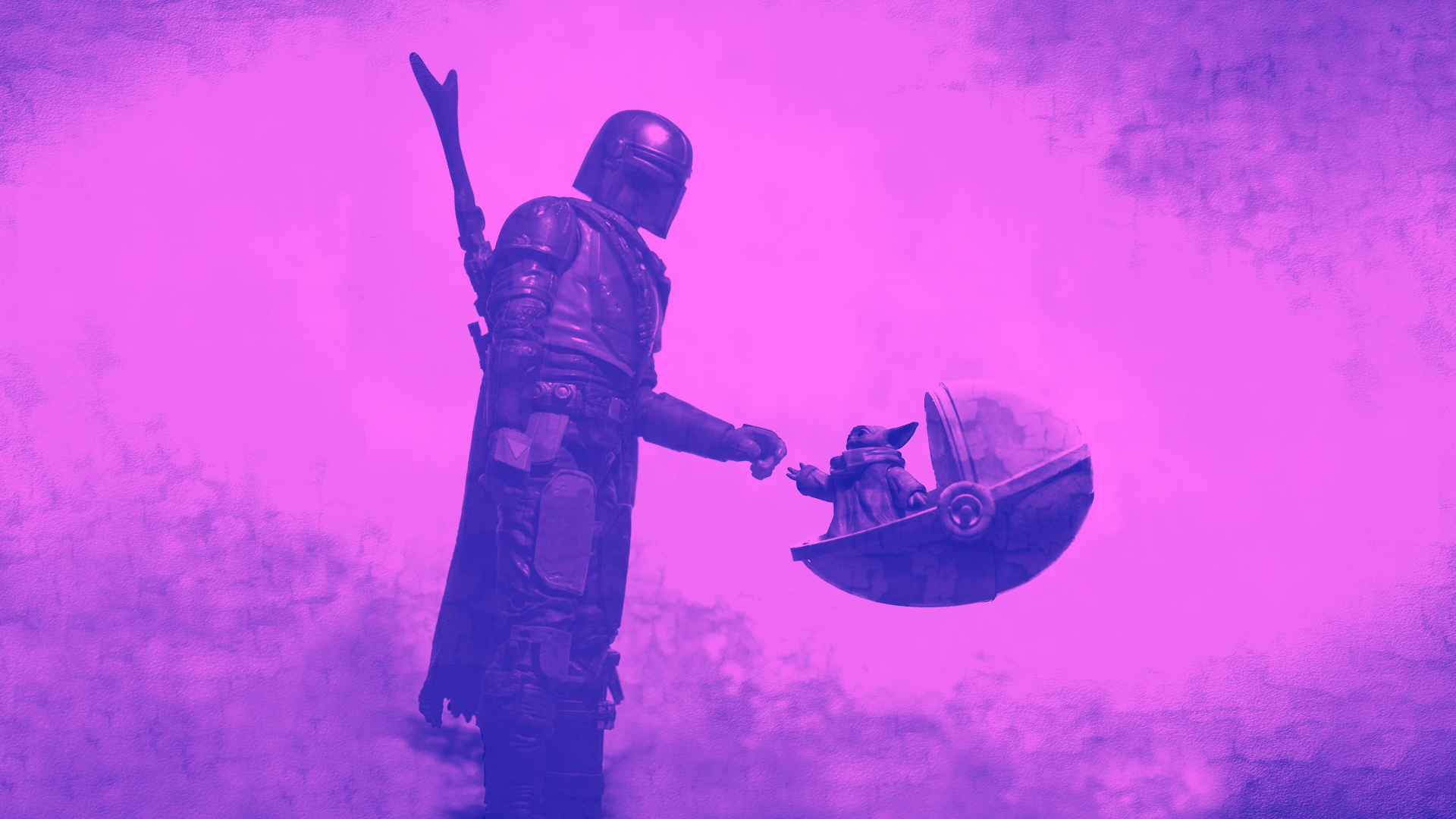 Content Spotlight: What audiences anticipated the most in August

Traditionally, linear TV dominated the fall entertainment news cycle as favorite series returned and new shows hoping to make it big premiered across broadcast and cable networks. But these days streaming services are competing for hype — and our Content Analytics show a shift in audience anticipation to match. In fact, 45% of the top 20 most anticipated shows for August belong to streaming platforms. Topping the list for streaming are Star Wars spin-offs The Mandalorian and The Clone Wars from Disney+, Netflix’s The Politician starring Ben Platt and The Morning Show from Apple TV+. 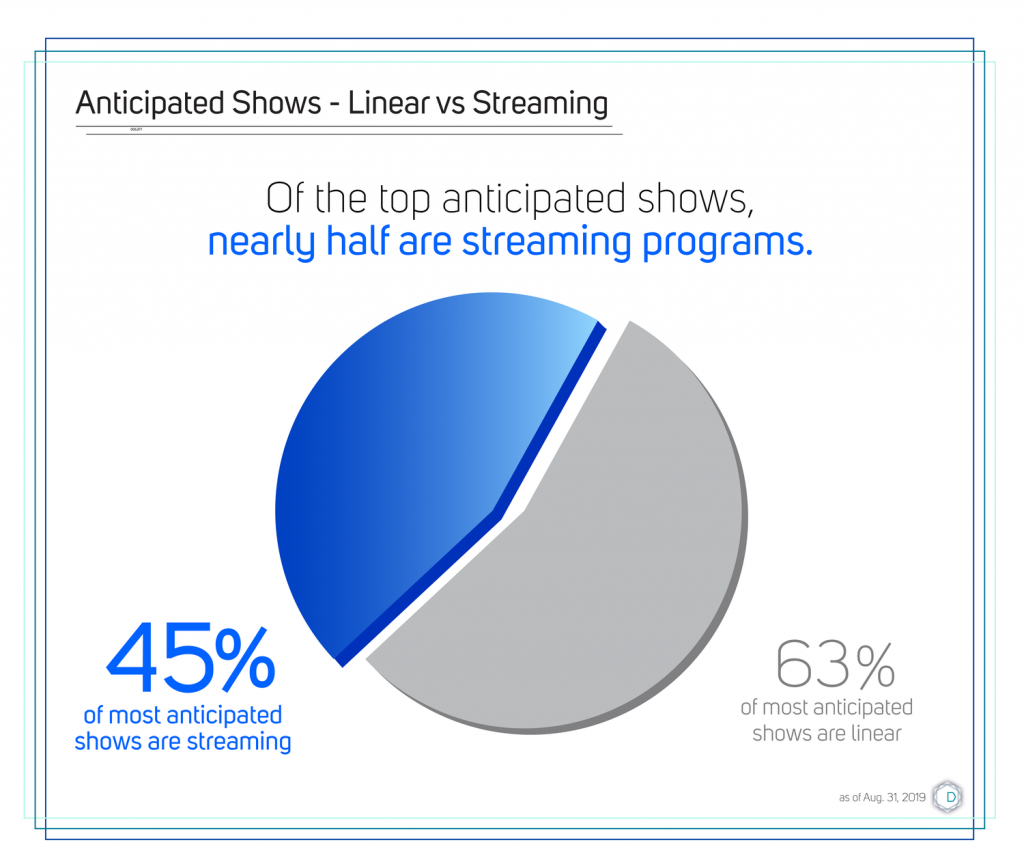 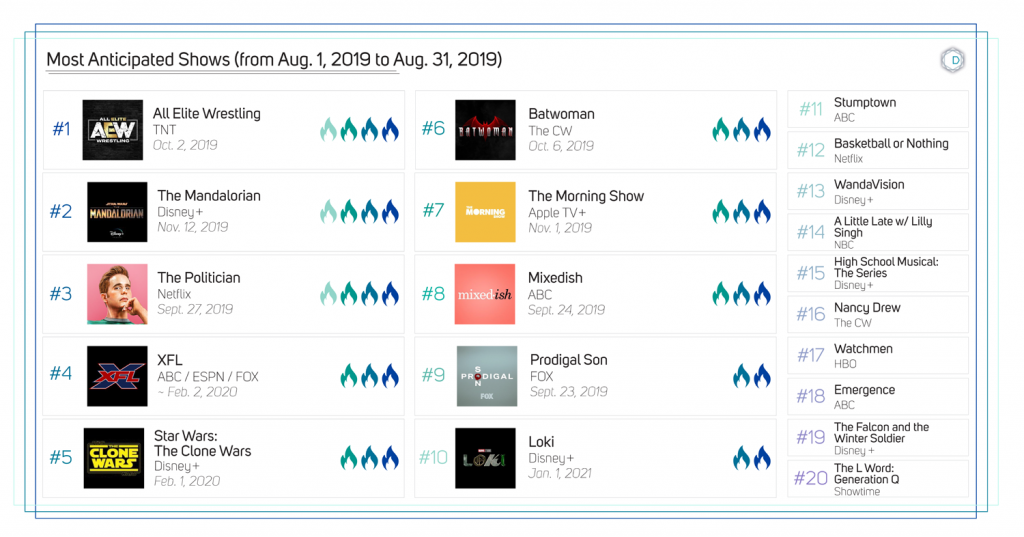 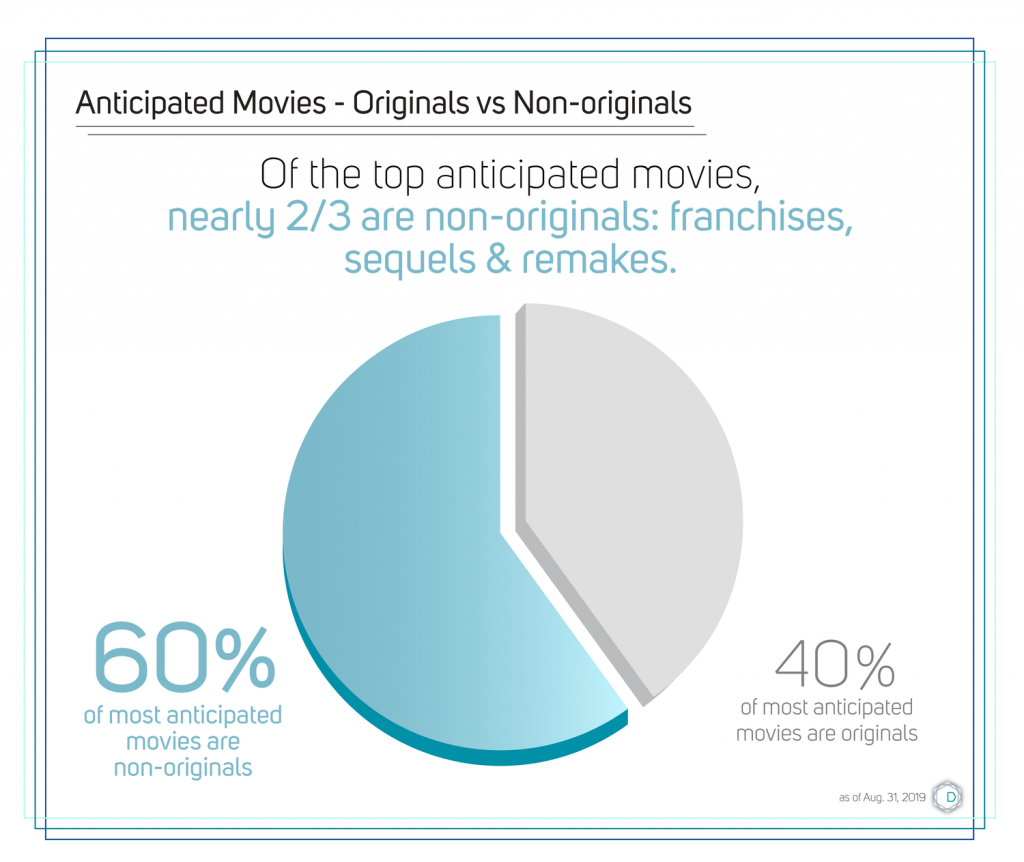 And finally, although the summer blockbuster season has ended, people are also indicating excitement for upcoming movies, though 60% of them are sequels or part of a franchise. 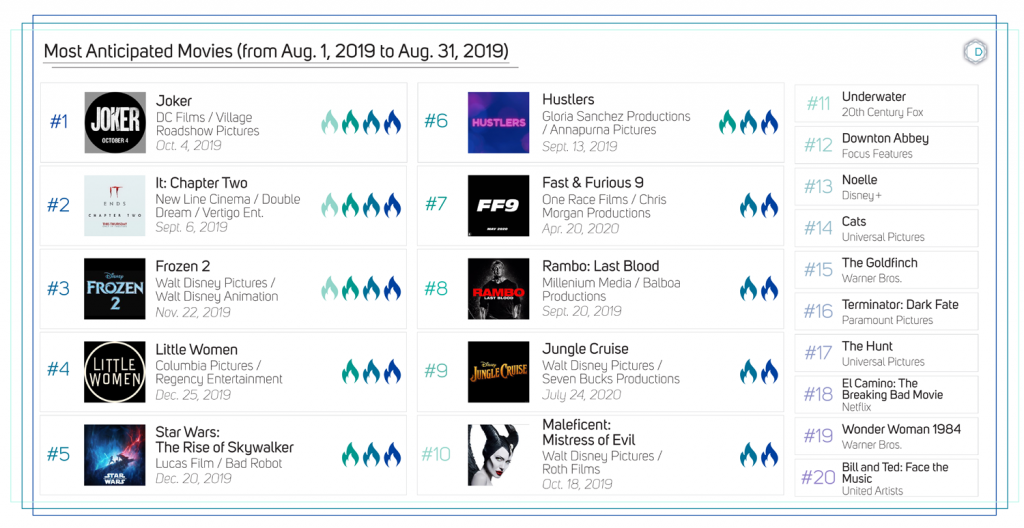