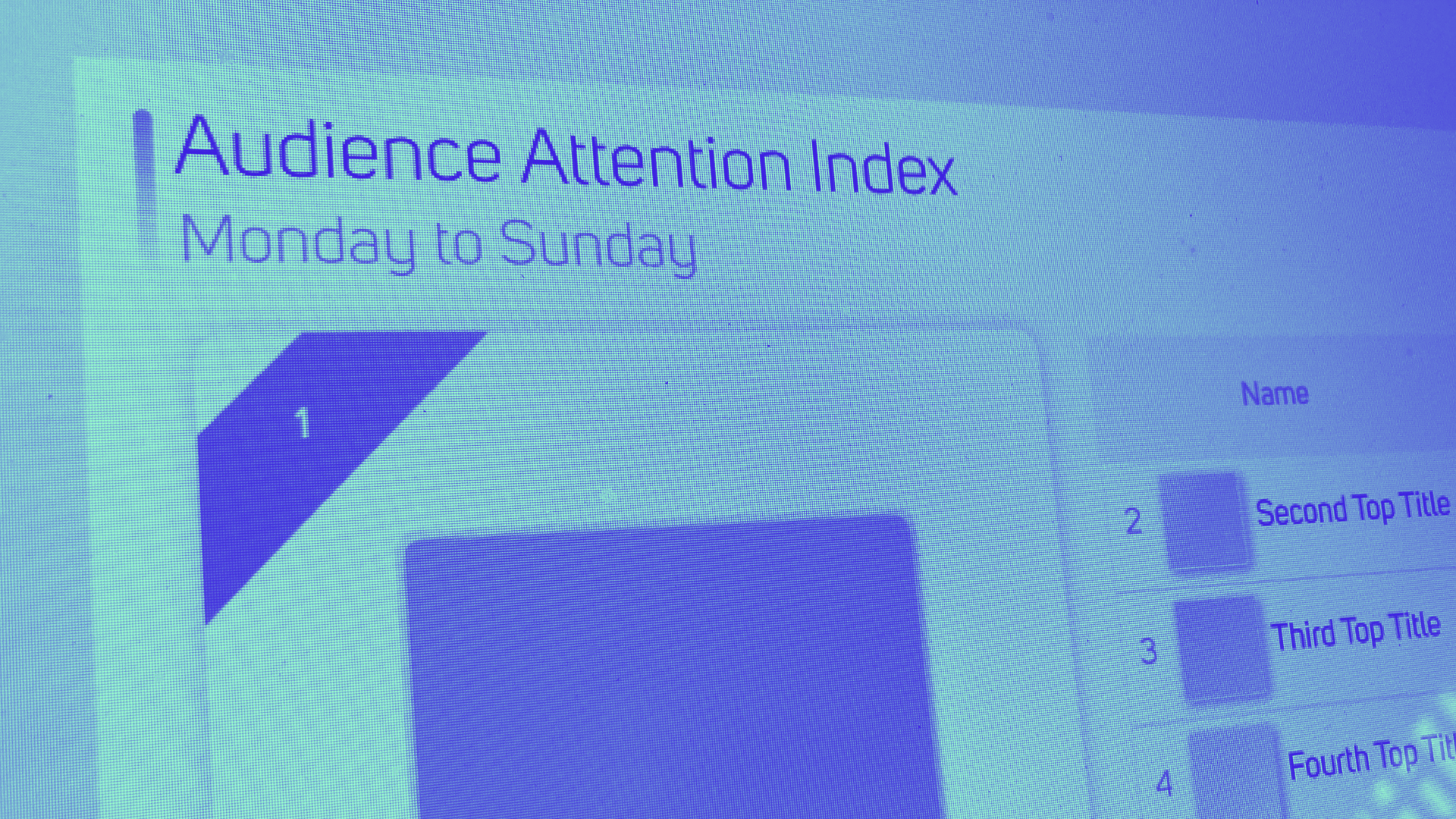 Each week, our Audience Attention Index reveals titles that are breaking through with audiences based on the latest Content Intelligence. The Top Index highlights which content garnered the most overall attention during the week measured, while our Anticipation Index highlights which upcoming titles people are looking forward to the most. Here’s what was resonating with audiences during the week of Nov 14-20.

The American Music Awards 2022 takes first place in our Top Index, as music fans took to social media in droves to cheer and vote for their favorite artists. The series finale of AMC’s hit show The Walking Dead generated enough attention to land it at No. 5, while Yellowstone‘s season five premiere on Paramount Network also had audiences talking. Disney+’s docuseries Limitless with Chris Hemsworth takes tenth place on the Index, thanks in part to conversation around Hemsworth’s discovery — revealed during the show — that he has a higher risk of developing Alzheimer’s than the average person. 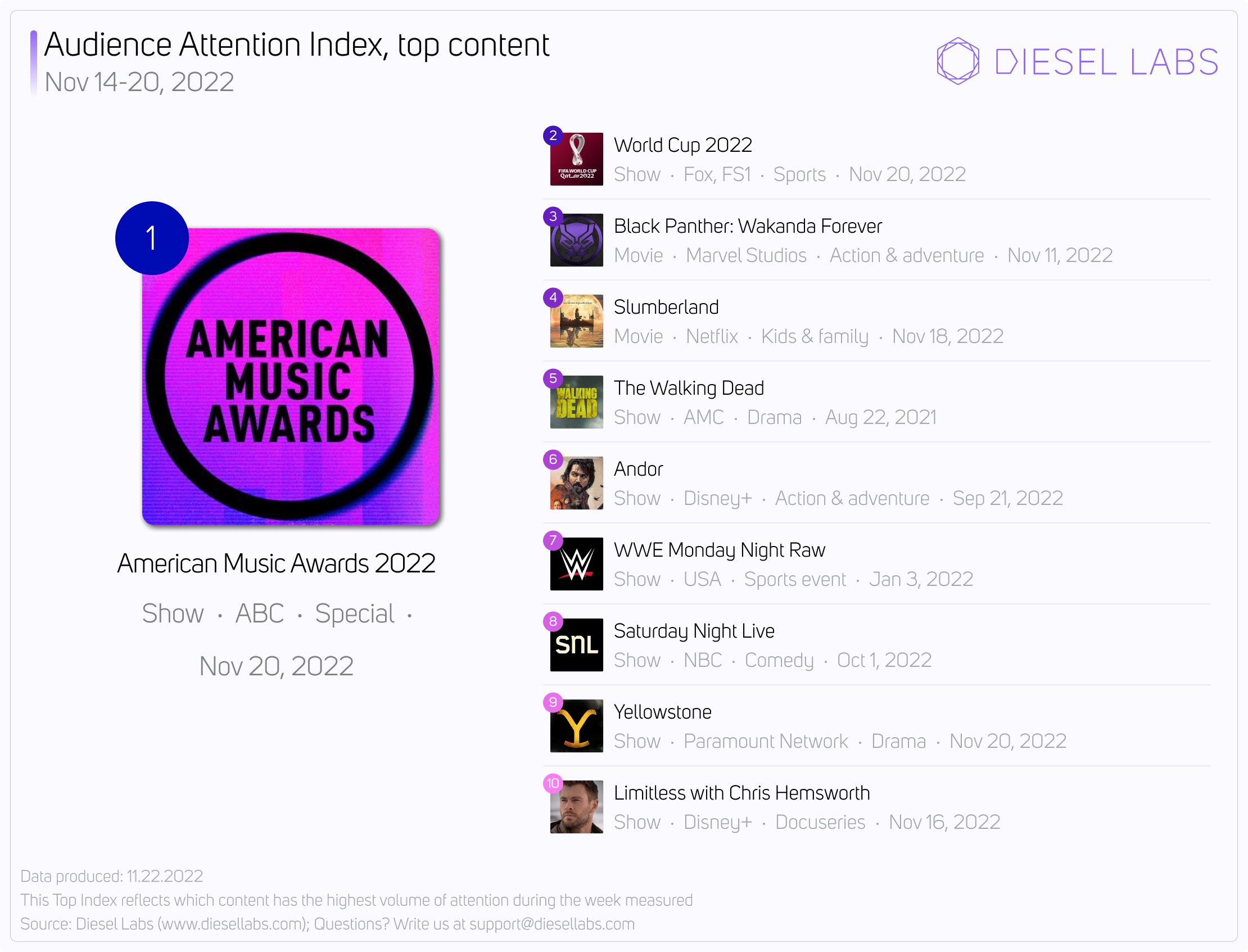 On the anticipation side of things, Bones and All jumps into fourth place. The film, which stars Timothée Chalamet and Taylor Russell as two young cannibalistic lovers, received a 10 minute standing ovation at its premiere during the Venice International Film Festival and is racking up positive reviews from critics. Two upcoming animated kids and family films from Disney also make the Anticipation Index: Strange World and Elemental. Excitement is also building for Sonic Prime, Netflix’s new series based on the Sonic the Hedgehog franchise. 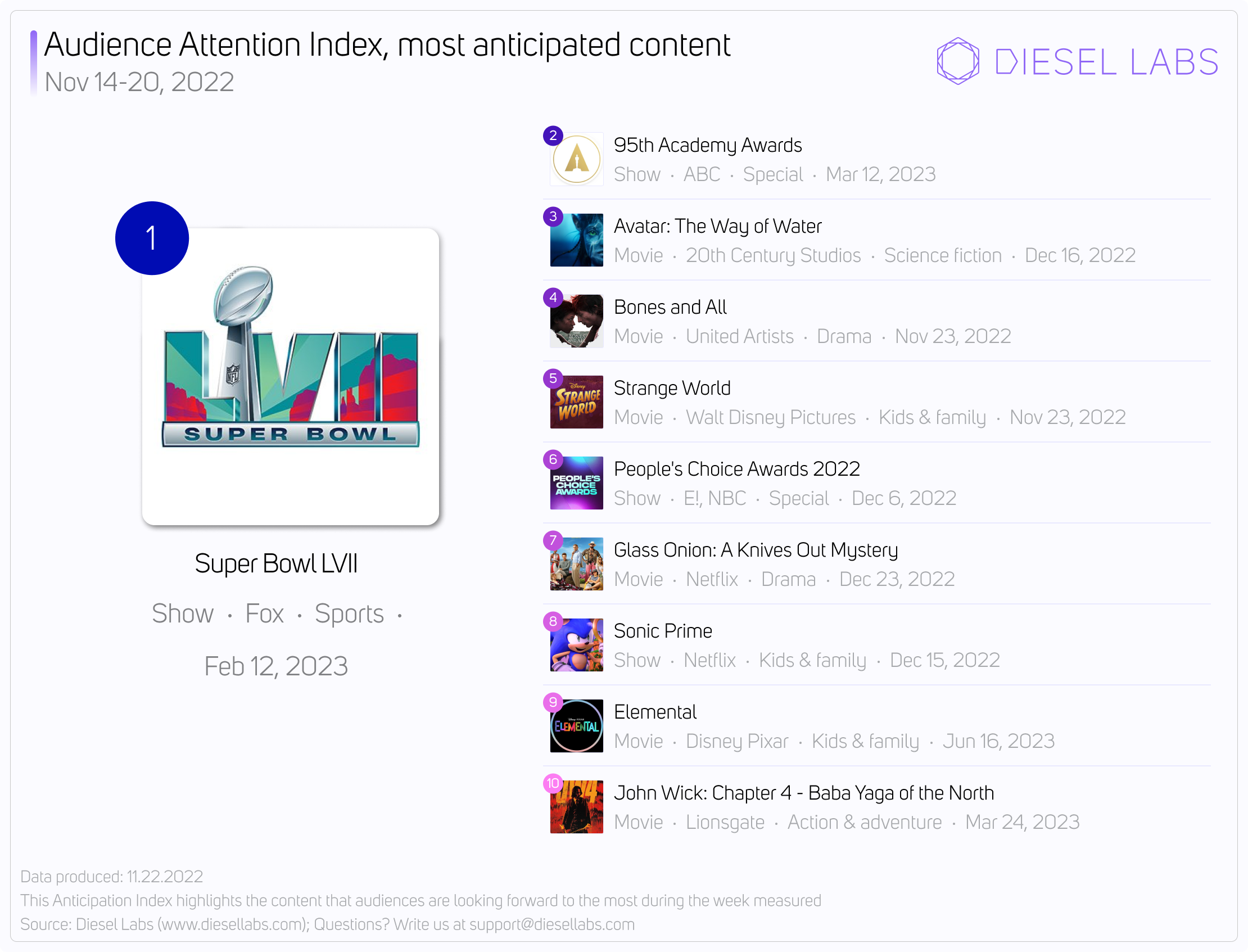